The problem with Egyptology and the list of pharaohs is the following.

Being that the left, west, dirty, unclean, etc. side of the Nile was a sanctuary for the monotheistic living in Egypt. This creates a profound problem with the line of Egyptian kings/pharaohs.

The monuments are not graves but are in fact monuments to the great leaders of the monotheistic tribes.

Built either during there lifetime; or as a remembrance of who they used to be.

Abraham, Adam, and Noah are the actual names of the man who are the Giza pharaohs. From south to north respectfully. Adam is not south because that is not how that specific mathematics works. 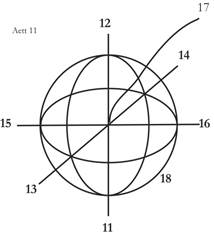 . Depending entirely on each cultures priorities is how each culture sequences their alignment. The structure stays the same; but which sequence is the important part. font-size:20 down, up, left, right, forward, back, center. The make up of how the culture will function is based on how their base alignment is sequenced.

Depending on sequence depends on how well this culture, think, biosphere, etc. will interact with the larger groups this Ćtt exists within. Evidence of cross alignments are evidence throughout history. If one group has priorities which are incompatible with its surroundings; either the surroundings have to change alignment to match the smaller group (small political parties pushing their agenda; despite what he collective wants) or the group rejects the realignment forcing the small group to either stop operating at the level they are, or forces the small group to leave.

The center is the important portion. North or forwards is the next polarity step. South or back is the next polarity step. Making it Adam is the most important, followed by Noah, followed by Abraham the man/king/prince who followed the guidance of divinity and allowed his people to find land of their own and make something of it in Egypt. Away from the wars in the middle east.   Wars which other monotheistic tribes were still fighting against the polytheists.

Once the major leaders had their pyramids; Adam, Noah, Abraham, it was then time to start

construction for the current kings of Israel. Which are Jacobs descendants.

The shape of the pyramids is due to the framework of a symbolic representation of mnt Ararat.

which are at 43’ the other side is 53’. Providing an example of why the pyramids and especially the bent pyramids angles are for. 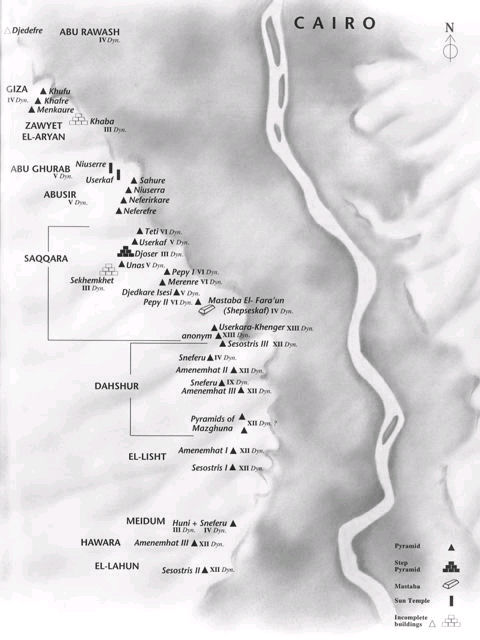 The location of the first dozen pyramids and sun temples are to cover the previous megalithic cultures monuments, and megalithic temples. My proof for his is the city of IWNW and the fact that Giza, Sakkara, Absur all point to Heliopolis. Other pyramids and sun temples might point to luxor/thebes. Since luxor was an ancient capital city of upper Egypt; most like some connection to the IWNW lower Egypt megalithic capital city. The megalithic culture aka People of Kaern did not operate their organizations structure the same as modern cultures. Minus the American culture; which Boston and New York work together at time for various projects. Which is exactly the same type of engineering that is part of the basic design of all large megalithic complexes.

The pyramids, sun temples, etc. on the west side of the Nile between Abu Rawash (north)

Over the course of 3,500 years there were font-size:208 pyramids constructed by the Pharaohs of Ancient Egypt.[1] This list presents the vital statistics of the pyramids listed in chronological order, when available.

The below list is as current Egyptology understand the framework of which pharaoh built what grave/pyramid.

My theory regarding the pyramids

The tradition by the monotheists of creating a huge underground tunnel system did not stop with the Egyptians. Most poeles the monotheistic cultures went during times of distress would be elaborate hand carved tunnels ion the areas they either wanted to control or just lost power over.

Major cities all which a huge at times monotheistic presence.

Drawing of the cartouches in the Abydos King List.